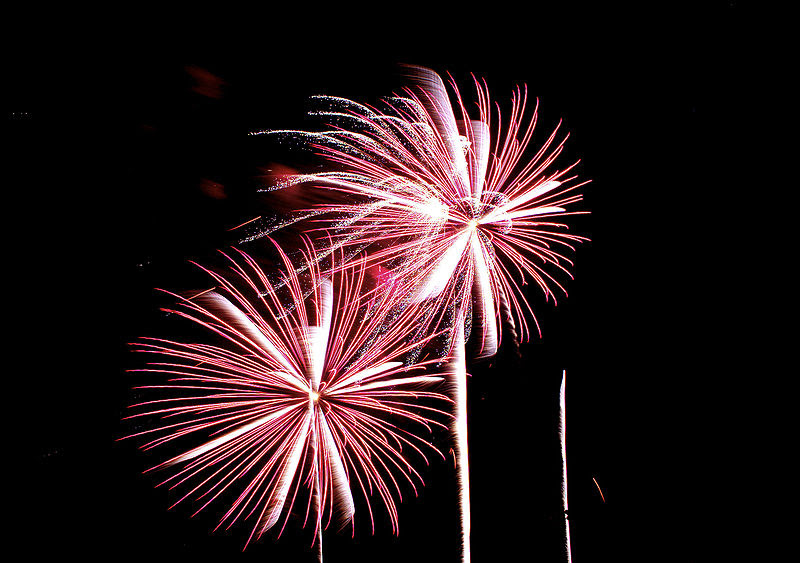 Yay! A holiday devoted to self-awareness of a nation. Its good stuff, self-awareness is great I mean. But is it possible (dare I say it?) that some people focus on the wrong aspects of our nation on such a holy holiday?

For example...
1) Pride. The 4th is about pride in being American. I don't know many folks who bring up our shortcomings on the 4th. Seriously - how many parades will you see that apologize for our treatment of Japanese Americans during WW2? Or maybe the president will be kind enough to remind us all of how we treat prisoners of war down at gitmo?

I sound horribly un-patriotic, I know. You just don't talk about those things on the fourth. Because! We are the greatest in the world! Greatest! We have been bred to know that we are the new super-country. Who cares there are countries with more people! Who cares if our standard of living isn't the highest! Who cares if we stole this land from the native peoples!***

But thats what nationalism is about. Patriotism asks for the unquestioning loyalty. But why should I pledge allegiance to anyone but Christ? Is it un-American to say I'm more concerned about what God wants than what my country wants? If it is, then I'll gladly be un-American. I do believe that we CAN be proudly American and proudly Christian. If by proudly you mean self-aware and accepting of every aspect of our country. We've done some amazing things. They should be celebrated! But they should not encourage ignorance in our history.

2) Religious/Political psycho babble. In the past there have been occasions where we mix our language of religion and country. If we aren't careful, our country becomes our God. Even as God's chosen people, Israel could NEVER confuse themselves with being God. But this year at RUMC I think we struck a great balance of lifting up our country and praising God for it (those are two separate things in my mind). I don't think I've ever been so pleased with our representation of a redeemed country in need of guidance from the Almighty God.

Probably the greatest example I can think of for the mixing of God and Country comes from a highway in Alabama. I won't share where, but I passed a cemetery on a state highway. In it was a flag pole with three flags on it. The highest flag was the United States Flag. The flag below it was the Confederate Battle Flag, and below that was the Christian flag.

You catch my meaning? Even a non-existent country is more important than our allegiance to God.

Thats hog-wash. And yes, I believe the American flag should be the highest flag in the nation. Our allegiance to Christ should be so high that we don't need a flag. They will know we are Christians by our love - not our flag.

So I hope you have a wonderful fourth. Enjoy the fireworks, thank God for this country we are in, and think about your freedom and who gives it to you.

***As an aside, I was watching the history channel one day and there was a program about indians in America. It dawned on me that when these Indian Chiefs "signed away land" they had NO CLUE what they were doing as they wrote on that piece of paper! No wonder they were angry and we had to kill them! Who would knowledgeably sign away your home? I just don't think I realized that in history class we are told "Those indians sold their home for some beads" when in truth, they signed some paper and we acted like they knew what was going on. This makes us feel better about taking their stuff. "See? He signed that scrap of paper. Its my right to live here now." Even in our schooling we plead innocence. One day I hope I read in a history book, "The indians were tricked by the Europeans and then forcibly removed from their own land." Woah, I didn't mean to harp on this so much.