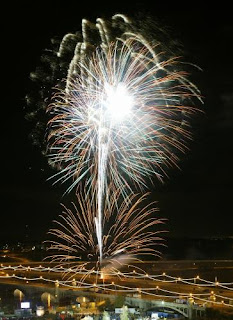 What a year. This is not a trip down memory lane. Sure, I got married this year, but I really can't remember all the other important things that happened. But while I close the door on this year, I have a question for you and for me...

Are you closer to God than you were at the beginning of 2008?

No doubt we are different. Things have changed. This world certainly doesn't look the same, but it doesn't take a whole year to change our perspectives. That could happen in a single 24 hour period. But you've had a whole year now to grow with Christ. Are you different? There are three reasons I ask that question...


I'm excited because you and I will get more time to get it right. And happy new year.