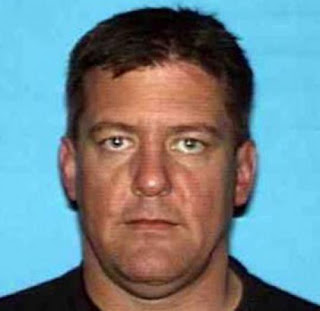 recognize this face?  I nabbed it from this newslink.  But I would bet you've seen it.  Why?  Because apparently the hot news during this time of the year is Christmas related killings.
I know, not very festive.  But definitely shocking.  Why would I bring this up, you ask?  Because it at the intersection of reality and "holy crap I can't believe that happened."
Let me explain... this is not a stab at the media.  Its a stab at those of us who consume the media.  There are untold numbers of people being fed, clothed, supported these days simply because we wish to commemorate the coming of Jesus Christ.  Is that not a story?  What about the pilgrims who have gone to far off countries at huge expense of self (sacrifice) to be in what they believe the city of Jesus birth?
I'm not gonna lie, I don't have really any better "news" to offer you.  And honestly, if its not football news or some strange death it doesn't seem worth printing - or at least not if "news" numbers are any indication.  But there are a TON of stories worth telling this holiday season.
Know any good ones?  That guy's face creeps me out and I'm tired of looking at him.  But I can't get off the stupid internet.
You know, there is all kinds of news out there.  Often news gets rave reviews if it is true.  But there are some truths we want to hear, and some truths cause us to cover our ears.  Occasionally we'll take a truth and bend it to our own ends so that it is no longer truth anymore.
We, as Christians, claim another kind of truth.  It isn't that we understand it all, or hold tight to ALL the truth (any Christian who says they know the complete truth is a liar and a hypocryte - the Jesus they think they know has nothing to show them but more of himself, often recoloring whatever truth that person held onto.  i.e. holy spirit when you read the bible) - instead, Christians claim to seek the truth.  This seeking of the Kingdom of God often means we must set ourselves aside.  And...in truth...yukyuk we must continually set ourselves aside for what God wants for us.
Call it news.   You want some good news?  Jesus Christ came into the world a few days ago.  Things will not be the same.  Its wonderful, beautiful, terrifying for some.  And while I don't understand it entirely - its the truth.  And it makes for some fine news.