on January 01, 2009
I'm sitting here watching some football, drinking some O'Henry's Christmas Blend, and wondering what 2009 will bring.  For now, it brings Zombies. 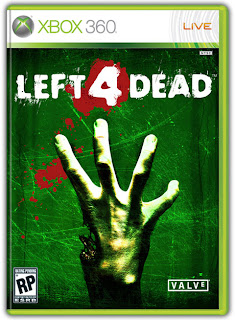 Its a zombie game.  You are one of four survivors who have to fight your way out of a city while these "infected" humans try to eat your brains.  It is gruesome enough that Cheryl won't sit in the room while I play and has already vowed that if she ever catches our teenagers playing games like this she'll snap it in half.
Hows that?  Yeah.  Its a fun game, but it is gruesome.  But, thanks to the unwavering high moral character of my wife, its caused an issue for me.  Especially because this is the kind of thing that could be....hmm, the word might be, unholy?
Seriously.  Does shooting waves of undead with a shotgun in my own little fantasy world separate me from God?
Part of me wants to say, don't be silly Jack.  Lighten up, its just a game.  The other half of me wants to say, sure, I could be doing something better with my time.  Then, there is this little five percent of myself that says, omgthisisthemostincrediblegameofalltimesomuchfuncan'twaittoplayagaingotosleepcheryl whenever I look at the Xbox.  Not an iota of me believes this is any worse than any other activity I could be involved with.  (disclaimer, all things can separate us from God, all things are permissible but not beneficial, yaddayaddayadda).
Inside this conversation are a whole lot of "what ifs" and uncertainties.  Because of this, I will not take myself so seriously.  But I will also stay aware of how this game might affect me.  For example, I'll make sure not to confuse fantasy with reality.  I will also protect myself as strongly as I'd protet my children.  No, I don't mean defending them from brain eating zombies.  I mean as an adult, I feel I can enjoy things that are enjoyable, but not detrimental because of context.  You know what I mean... its kind of like why I enjoy reading Harry Potter but could understand why parents are hesitant for their kids to read it.  Or why I wouldn't tell people not to read the Golden Compass but if my kids read it I'd read it too and converse with them about it.
What do you think?  Am I just compromising my righteousness?  Or should I just enjoy myself?
I will say this: if 2009 brings a zombie attack from infected genetically mutated humans, I'll be more prepared than you will.