A new way of looking at things.

on January 22, 2009
I ain't gonna lie, I've been busy.  I've been doing the thing called life.
When you think of a black family, what do you think of?  Obama's presidency might change how we thing of African American families, rich or poor.
http://www.cnn.com/2009/POLITICS/01/15/obama.family/
Ya'll remember the cartoon character, Speedy Gonzolaz? 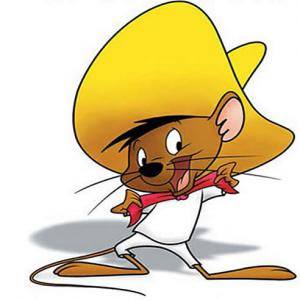 Its not an accurate representation of anyone hispanic, really.  But he was a mark of my (and prolly yours) childhood.  Because of what was mostly an innocent and funny representation of another culture, a sociologist could probably argue that my "view" of any hispanic persons will always be colored by said representation.
In a way, this is similar to the changes that the Obama Presidency will have.  Regardless of your feelings on his policies or abilities as a President, his airtime will bring a collective change towards how we look at the Black family.
Your thoughts?