Being wrong is being dead.

on May 09, 2018
People my age (and just a tad younger) often get trapped in important decisions. We see a wealth of possibilities and can't choose one because to do so would shut down the possibility of taking another path.

So we wait. And brood. And worry. And follow every rabbit trail through all possible scenarios. When you spend eternity thinking about eternal outcomes it takes...forever. So no decision is ever made. 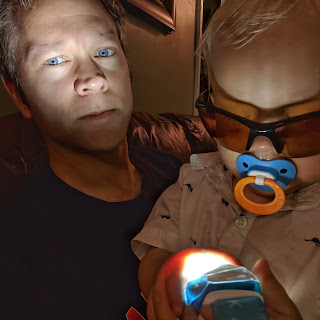 That's a better alternative than the worst fear of my generation.

Nothing is worse. In a world that always looks facebook perfect, there is no room for error because the internet is never going to forget anyway. So better to not act.

Being wrong is being dead. And no one wants that. In fact, we are so confident that wrong = dead that we work overtime to look right. To be right. Because somehow being right being truly alive. All that effort to maintain what ultimately could be better. We would rather plug our ears and wallow in our "rightness" than listen to anyone around us and discover how much further have to go.

It's a shame we feel that way because there is much to gain from risking being wrong. What is there to gain?


Being wrong grows you. I'm not saying I want to be wrong, but the greatest moments of personal discovery is when I have been exposed as wrong. You do some soul searching when you've messed up and you know it. Anyone else play that game in your head where you try to believe that as long as no one saw that, it didn't happen? It isn't just enough to correct yourself. I think a contender for the three strongest words in English are, "I was wrong." That's almost harder than "I love you."

Being dead creates space for resurrection. Follow me on this: before you can have a resurrection you have to have a death. Now, I know we Christian types love to focus on how horrid and evil we humans are, but the truth is that before you can have a death you also have to have a life. You can't redeem something that was never good to begin with. So follow with me... Alive to dead. Dead to alive. If you think you are alive, uh, you won't move. Why would anyone? But if you think you are dead... then there is the possibility for greater life to be found. Death is, in a very natural sense, the necessary fertilizer that makes life possible (Carbon cycle, yo!).

Have you ever noticed that once people reach "the top" they are amazed by how lifeless and empty it seems? My generation's perpetual problem is that we have high expectations. Ironically, the secret to happiness is low expectations. Or to say it another way,

So, where perhaps could we face our fears, risk some exposure and being wrong, and discover greater life? How have we stopped trying to listen and instead been consumed by our desire to be right?